Throughout the years, African American entertainers, especially those in the R&B field, have often reached for the exotic in order to enhance their art. One of the things reached for was a turban.

A turban is basically a style of headwear that is closely associated with India. It consists of a piece of cloth wrapped around the head, often in an ornate manner. Although the exact history of it is not known, it is believed that the turban evolved out of a hat that was worn in ancient Persia. It has become a symbol of some religions, including Islam (Mohamed was said to have worn a white turban) and Sikhism (all males wear a turban). 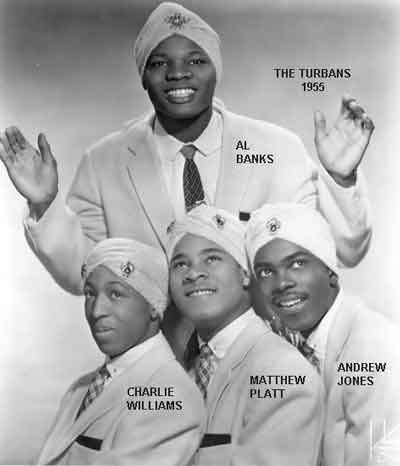 When demonstrating the association of turbans with R&B acts, the most obvious place to start, of course is with a fabulous doo wop group that called itself The Turbans. The group’s Latin-tinged hit “When You Dance” is a must to be heard. 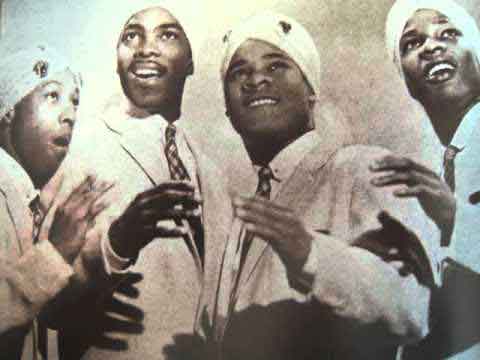 An early example of African Americans wearing turbans would include the great Louis Jordan. He was extremely popular during the forties and early fifties and he is considered a precursor to rock’n’roll. He wore a turban in this publicity photo. 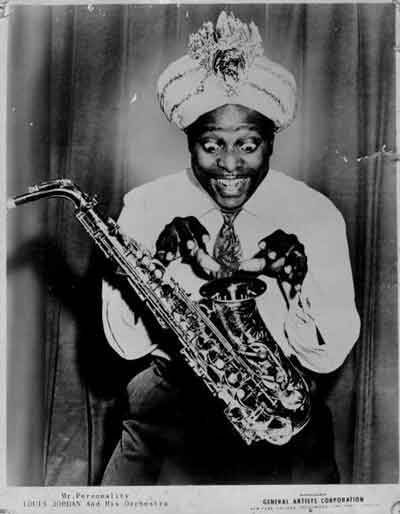 In the early fifties, before he became a famously ribald comedian, Rudy Ray Moore was a dancer and a singer. He called himself Prince Dumarr and performed with a traveling dance troupe. He and his friend Billy Nightingale, also an entertainer, wore turbans on the street as well as part of their act. By wearing a turban, they found they received more respect than most black men of the time, often passing as foreign dignitaries. 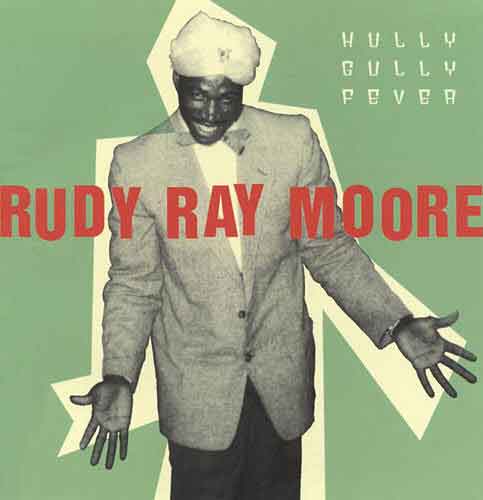 During the late forties and early fifties, Lynn Hope was a fairly popular saxophonist whose records consisted of tame instrumental versions of popular songs on one side and a wild, jumping blow out on the flip. He was an Islam convert and wore a turban all the time. 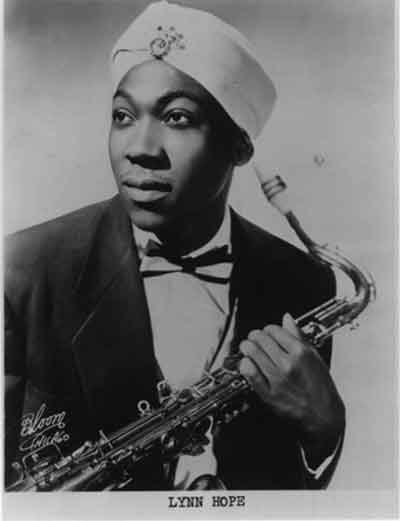 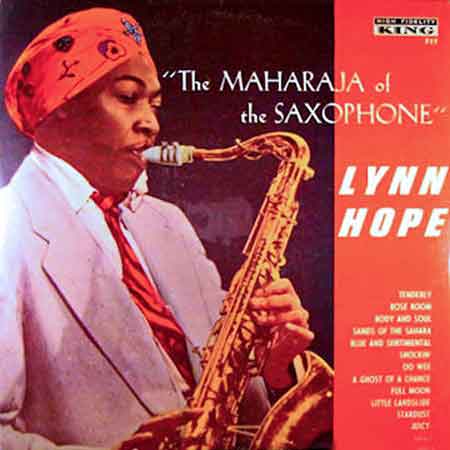 During this period, by far the most popular Rhythm and Blues artist to wear a turban regularly was Chuck Willis. He had 14 Top Twenty R&B hits between 1952 and 1958 and was known as “The Sheik of the Blues.” Some of his hits include “I Feel So Bad,” “It’s Too Late,” “C.C. Rider” and “Hang Up My Rock’n’ Roll Shoes.” 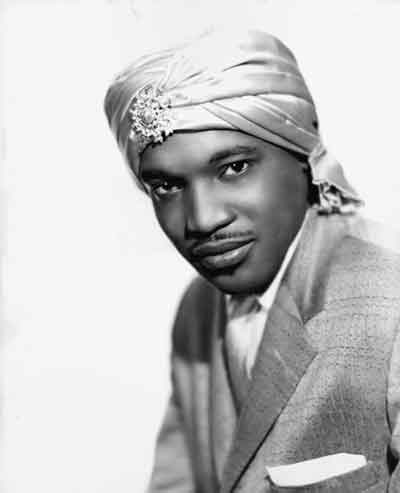 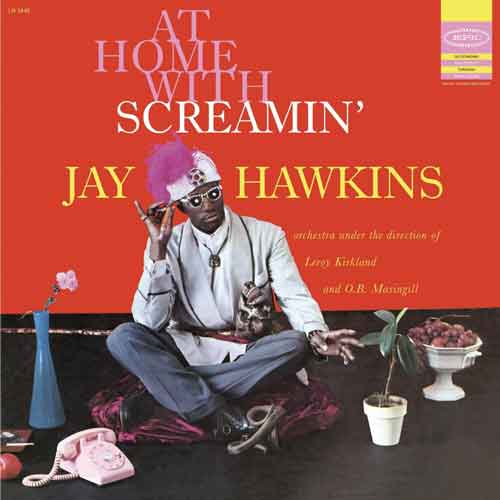 you just know that this cat is going to look wild. Although his song “I Put a Spell on You” is well known today and considered a classic, curiously, itdid not chart on either Pop or R&B chart at the time. He was known for his outrageous shows and outlandish apparel, which was as flamboyant as the records he made.

During the sixties, the turban was not worn nearly as much. However, chief among its advocates was a fellow named James Shaw, but did business as The Mighty Hannibal. His song “Jerkin’ the Dog” is one of the greatest of all time. 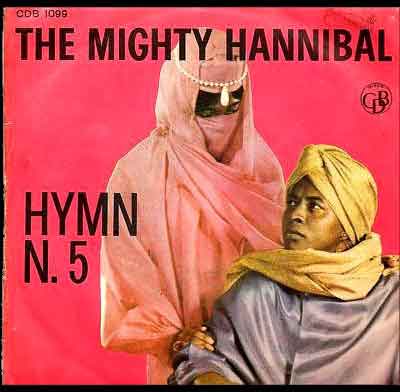 None other than the Queen of Soul Aretha Franklin was also known to wear a turban from time to time! During the seventies, the turban-wearing tradition continued with the great jazz organ player Lonnie Smith. Later in his career, Smith called himself Doctor Lonnie Smith (though a doctorate may not have been involved) and continued to wear a turban. 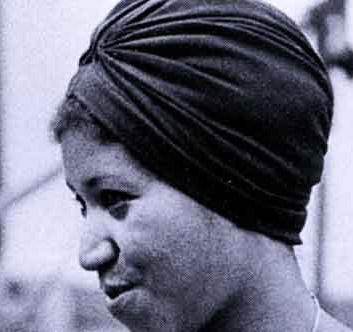 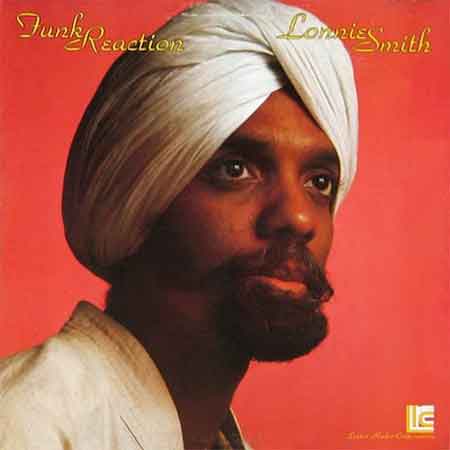 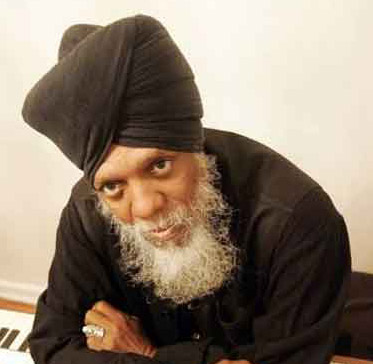 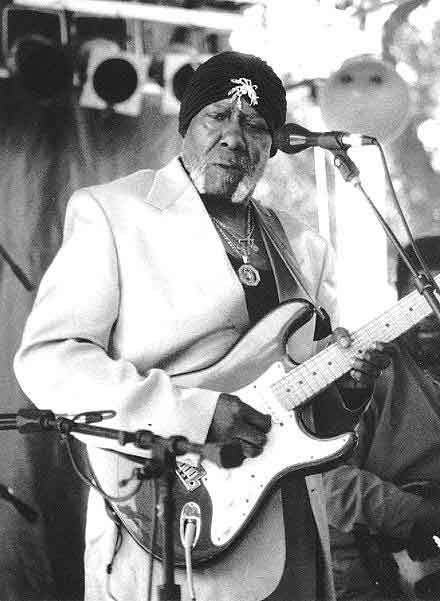 Eddie Kirkland was a fabulous blues guitar player. He got his start as the second guitarist on John Lee Hooker records in the fifties, and then made his own records (many of them amazing examples of deep, tough blues) as Eddie Kirk. It was probably during the early eighties when he started wearing a turban, as he did not wear one when the author saw him perform in New York City in 1977. Once he started wearing it, it became his trademark and he wore one at pretty much all of his shows after that.

By the 1980s, screaming, R&B-based rock’n’roll sung by African Americans was pretty much dead. Young black people were more interested in singing smooth ballads or rapping. Barrence Whitfield was an exception. His records were compared to Little Richard and Wilson Pickett and he also was known to wear a turban. 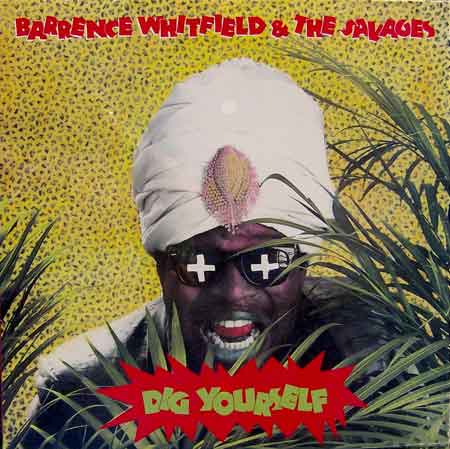